I decided to go for a bike ride. The idea was to head east to Ontario to hang out with my family. I had ridden to Winnipeg and jumped on the train before so I wanted to make it a little further. Here is the break down of my trip out:

(This was one of the hardest days on the bike. Three summits, see pics below...)
(Amazing day. Started at 11am but the tailwind brought me all the way across Alberta that day.)
I made it to Ontario but had to be in Ottawa so the last two days were riding west and north to catch the Via train which doesn't follow the Trans Canada Hwy. 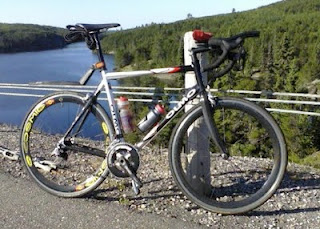 The trusty Olmo decked out with tri-geek bars. Not a single flat. 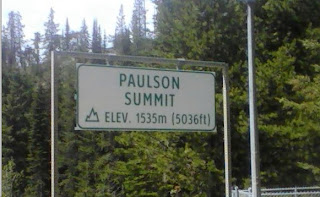 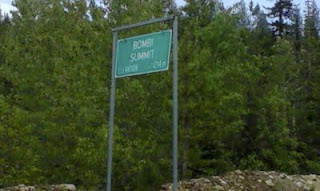 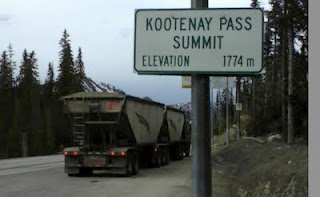 The three big summits in one day in the Kooteneys. 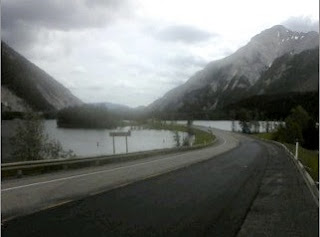 The Alberta border and Crowsnest Pass. Awesome tailwind.
One of my fastest days on the bike. Ever.

There are weird things out there... 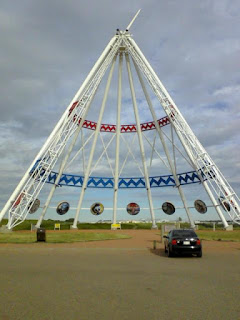 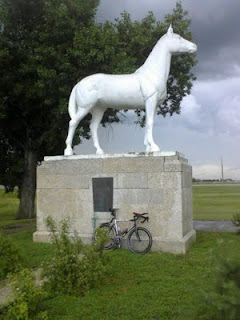 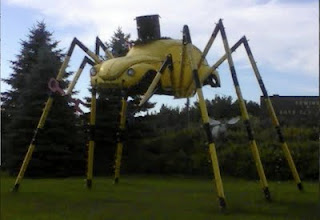 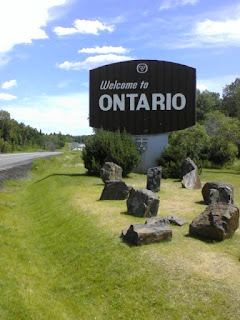 People have asked what I ate to fuel the big km's.
As much fat and sugar as I could.
Let's just say Cinnamon Buns are a staple in my diet. 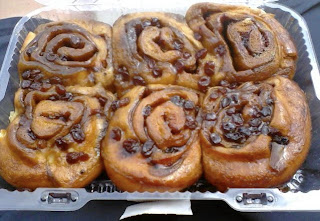 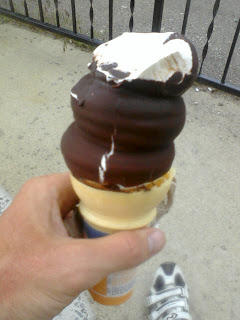 As is Dairy Queen. 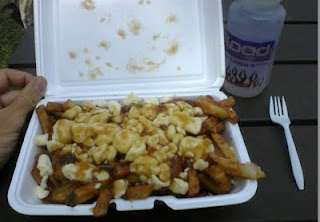 And the ultimate dinner to replenish the salt is Poutine. 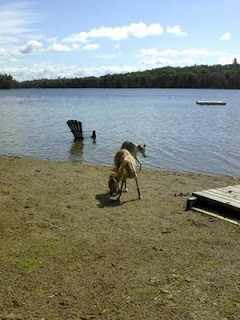 Picture of the family I rode out to visit.
And the lake which we ran into to escape the heat wave. 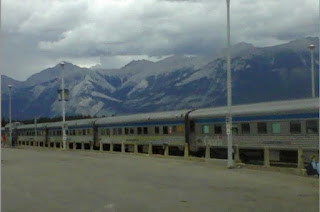 I hopped on the VIA for the trip home. Here it is parked in Jasper, one of the longer stops on the trip. It is a great way to experience the country and it's people. I highly recommend it.

I jumped off in Kamloops and rode home to Vancouver, 350k. It was a shock to the system after lounging around for two weeks but it also showed me how much fitness big km's like this trip leave in the legs. It was a hard vacation but a great experience. 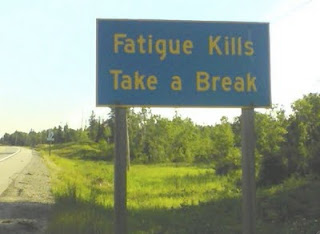 Parting thoughts...
Posted by savage at 6:40 PM No comments:

Getting High in Idaho

Last week I went to Idaho for the first time in my life, at a media event for Scott Bikes on behalf of nsmb. Sun Valley sits just below 6000 feet elevation, and I rode as high as 9150. Some more photos here, and another article to come. Stoked on Idaho! Savage on the road

Shane just met up with this guy: http://grandpascan.com/ around Waldof, Ontario. He left Vancouver 5 days ago!

Update: Good picture.
Posted by gowlin at 10:07 AM No comments:

two chicanes and a bump

alright, it's been two weeks since our trip to Lillooet for camping, cycling, drinking happened, but since I was ASKED to write something, and I'm trying hard to be a good person, I've written this and decided to plagiarize my wife's work at the same time (hey, I said TRYING).

Chessa wrote the following blog about the trip here: http://crossingover2cyclocross.blogspot.com/

unfortunately, she's right - I did get her sick, so the trials and tribulations of Lillooet that she experienced were slightly different than those the rest of the Mighties may have experienced. to complete the other perspective, it was amazing to do that much climbing (3,300 meters) in a 200km weekend (two days) was awesome with so many killer friends.

Ryan was kind enough to share some photos here: https://picasaweb.google.com/gowlin/LillooetMightyCamp?authkey=Gv1sRgCOTyi6Cl0v2O2AE#

but to get you a shot of the good stuff: 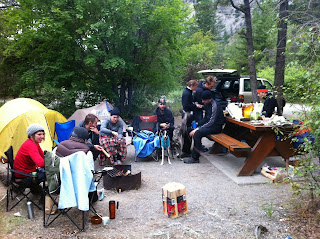 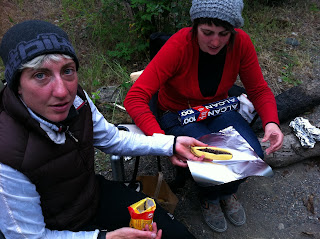 and to elaborate on the title, the bumpy roads of the Duffy highway, though picturesque, make your feet fall asleep. they are covered in ice cracks, separated in sections and driven to rise and fall from the weight of hundreds of CANADREAM RVs rented by wandering tourists. warned by Shane in one of the corners for the "two chicanes and a bump", we decided it needs to be a Mighty Riders drink. I'm guessing, by what Andrew, Claire and Ryan were drinking, it should be Jack, Jim and, maybe, coffee.

Thanks to Matt and Emily, for driving my bike out, Haley for pro tips and marshmallows, Louis for low calorie beers. Bear and Bison for eating the scraps, and to Shane for driving me, Chessa and our crap out there.
Posted by meat at 6:42 PM No comments: