It's been 2 months since this Coastal Crit, but try to guess which Mighty Rider gets clipped and then run over by 3 people.


Golbeck shows some CX prowess by rolling over my wheels, but Keifer Livingston dives straight in, cracking his helmet and earning a concussion.

Shared on request - at least we didn't have to edit out all the swearing I did afterwards.

Most important - the post crash beers Stotts brought (and the drive home he provided), while Golbeck and Lats allowed me to complain in their general direction as they picked up all my pieces.
Posted by meat at 2:41 PM No comments:

Westside Classic. Another win for Mighty!

Mighty Rider’s had a lot of racers in Sunday’s Westside Classic with Ian racing Cat 4, Meat, Ryan, Andrew and Paul racing Cat 3, Claire and Jen racing Women’s 1/2/3 and Shane and Jakub racing Men’s 1/2. We were also lucky enough to have Liisa as our soigneur. She coordinated everyone’s feed bottles and clothing and yelled at us from the feedzone.

At the last minute, a member of the men’s category 3 peleton, as well as a local commissarie, threw in some cash for a prime on completion of their first lap. This lead to an exciting start with Andrew taking the cash. Unfortunately, Meat had a mechanical and had to abandon the race almost as soon it had begun. I have a feeling Meat will be taking out his revenge at the next race. The cat 3 race saw Andrew off the front early with a Triple Crown racer and some attacks by various riders, but in the end the race stayed mostly together. Unfortunately Paul had a flat tire halfway across the course and was forced to walk 5km back to the start/finish. An untimely large pileup after the last climb, ruined the finishing sprint for the men, but Ryan managed to finish with the group in 22nd place. Unfortunately Andrew was part of the crash and will have to use his prime prize money on a new helmet. Luckily it looks like besides a broken helmet and some scuffed shoes, he got away with just a few cuts and scrapes.

The men’s’ category 1/2 race was fast from the gun, with a GS rider taking the first lap prime showing that he had good legs that day as he went on to win the KOM and the race. Shortly after the first lap, a break of 4 riders got away leaving the peleton to chase. There were constant attacks in the peleton with riders wanting to get up the road to the break, but they were largely unsuccessful and in the end the peleton finished in small groups with Sugar one of the only 25 finishers. 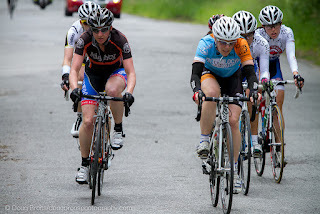 Photo by Doug Brons
The women’s category 1/2/3 race was a success. Unlike a lot of the previous races I have been part of, there was very few big teams with Trek Red truck having the largest team of 4 women. The pack mostly stayed together for the first two laps, but the QOM competition heated things up starting in lap 3. I found myself going from the front of the hill on the first two laps, to falling off on lap 3 and 4 when the pace picked up. Luckily I was able to catch back up on the downhill and managed to avoid that error again. In the meantime, Claire was grabbing some QOM points. One rider who was feeling particularly feisty spent two laps on the front by herself and gobbled up all the QOM points, but I think most riders were riding for the win, not the QOM. We caught the lone rider on lap 7 and then the pace slowed as most riders were preparing for the final sprint. I tried to figure out a way to help Claire to the win, but wasn’t sure that I could get up the final climb in the front to help her out. With only 8 women left on the final lap, the only two teams that had more than 1 rider left were Mighty and Trek. On the final time up the hill, 5 riders broke away and I got to the top about 5 seconds after the break. Luckily the other Trek rider was still behind me, so that left every woman to fend for herself and Claire proved that she was the best sprinter that day. She won, clearly ahead of second place and I rolled in for 6th.

And the best part of the day? Beers on the patio of the Wolf & Hound, with an appearance by the sun.
Some pics from the race by Doug Brons can be found HERE and the RESULTS are HERE..

(write up courtesy of Jen Gerth) 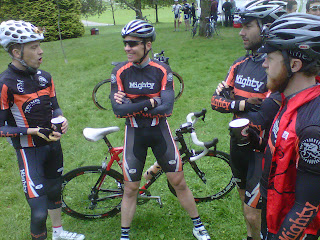 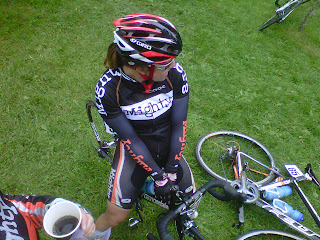 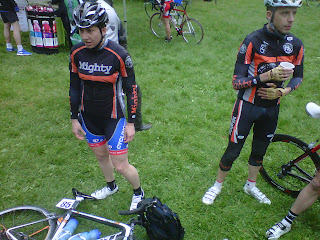 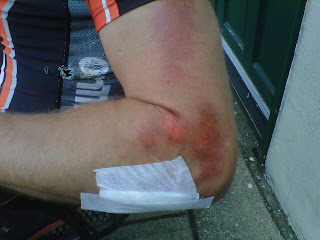 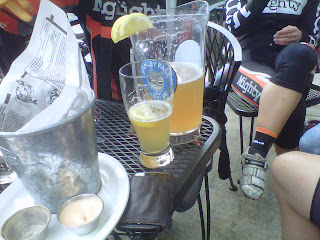 Posted by savage at 6:06 PM No comments:


Friend of Mighty Steph Roorda is in trials today and tomorrow (June 11th and 12th) for the Canadian Olympic track team.

Mighty came together, with beer, at the Whip to make some noise, check it out.

The trials are happening here. 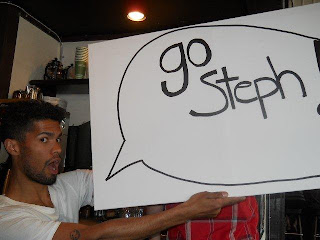 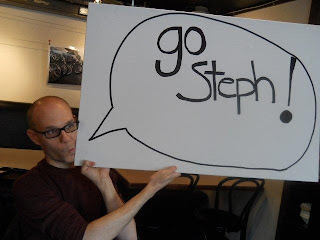 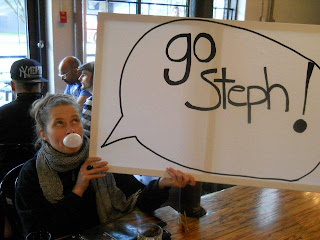 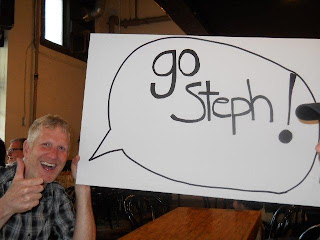 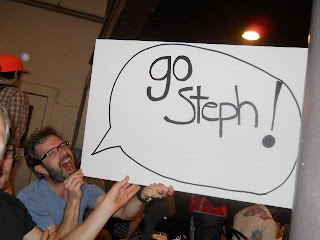 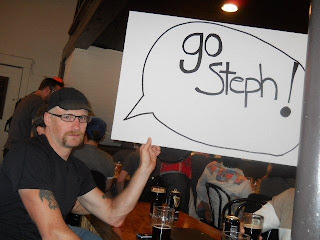 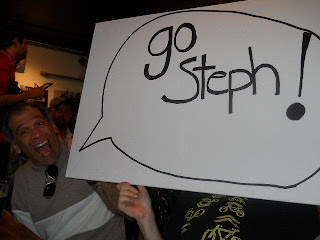 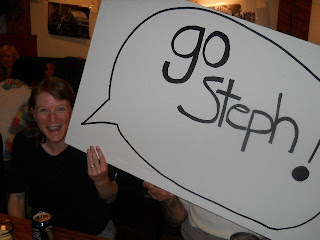 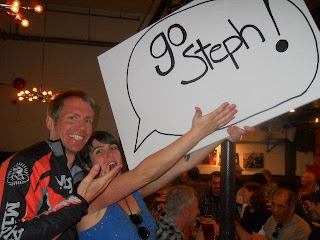 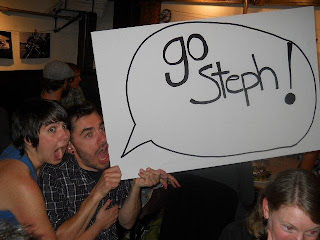 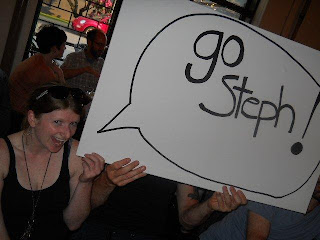 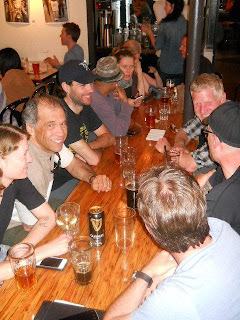 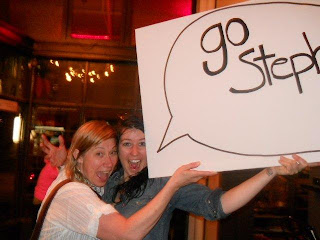 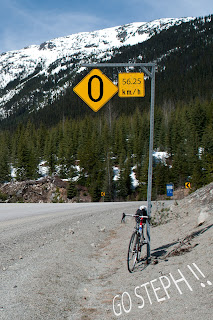 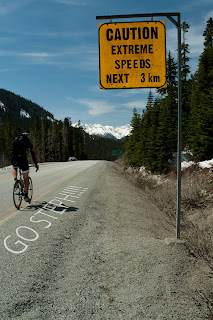 Posted by gowlin at 9:02 AM No comments: