For those of you that want a taste of what Nick Berry had to ride through this weekend, Geoff Agnew from EV put together this little vid:

The day started off much nicer, meaning hot, fast races for Women's Cat 4; Haley had a killer race at Starcrossed with a placing of 23rd out of 64 starters. My own race kept the sunny demeanor, though starting at the back of the pack of 70 riders was not ideal. After 35 minutes and a few encouraging words from Dan Spry (although he could have helped a little more...) I came in 13th out of 66 finishers. We hung out with some friends I manage to keep in Seattle (Ryan, Melissa and Eric who some of you met) and drank an excessive amount of beer with Thomas Pickett and Matt Kennedy. We even enjoyed the beer garden while Showtime Jay Loder hurdled barriers.
We got to watch the Elite race from a couple hundred vantage points, in the dark and the mud, and my favorite picture is this one of the whole shebang in the middle of Marymoore with Katerina Nash opening a huge gap: http://www.flickr.com/photos/mfgcyclocross/5006453674/
Nick had a great showing against 60 very talented international riders coming in 26th over a fast, and muddy course. The battle between the French National CX Champion Francis Mourey and Ryan Trebon was pretty excellent too.
The next morning was Rad Racing out at Lake Sammamish; the course was mostly grass with as many switchbacks as they could find, of course over exposed roots and other such nonsense, with a dual sandpit (one of which had a huck jump right in front of the beer garden).
The competition was somewhat different on Sunday, with only half the competitors having raced Starcrossed. Haley again had a strong showing and powered into a 7th place finish.
I was testing a theory about beer consumption affecting my racing and found that I couldn't tell. I was pretty happy to find I was top 10 for much of the race, but a spill near the end, as our last 2 laps changed from sunny to downpour, cost me a spot pushing me into 11th out of 71 riders. The sudden rain meant disaster for quite a few folks taking lines that were none too kind when turned to mush. Though it gave everyone more chances to "give advice".
The showers persisted during the Cat 3 Masters race, and Showtime showed us how it was done while we heckled the sand pit from the beer garden. Many handouts were made for those that chose to huck it into the sandpit but couldn't keep the front end up. Jay ended 12th out of 44 muddy masters.
The Mighty Riders put in some good work with heckling to boot, and I'm pretty sure I drank enough for anyone that wasn't. Next year we expect more fans, however. Until then, we'll have to do our best up here in BC to stay loud, drunk and in front.
Next races are October 2/3 at New Brighton/Vanier - easily accessible and there better be beer handouts for anyone off the back.
Meat
Posted by savage at 2:54 PM 1 comment:

September 11th marked the inaugural Vancouver to Whistler Gran Fondo. Anyone who rides in the Lower Mainland is most likely intimately familiar with the Sea-to-Sky Highway and it was fantastic to finally race on this road with it's epic views and hard climbs.
It also was the last race of the BC Cup Road Series for 2010 and, as usual, our women delivered. Claire fought hard over every climb to stay in the lead group and finished with a hard earned podium in third place. Jenny capped a fine rookie season by helping Claire early and chasing hard to finish 11th.
After a long season this put Claire into 3rd overall for the BC Cup and Jenny in 12th. There may be bigger teams out there but nobody has done as well as our ladies while having so much fun and making the Mighty Family proud. It's been a phenomenal season for both as Claire re-asserted herself on the BC racing scene after a hiatus and Jenny stepped into the deep end and some of the hardest racing around and showed she is a fierce competitor.
Enjoy your offseason, train hard and best of luck next year wherever your pedaling may take you! 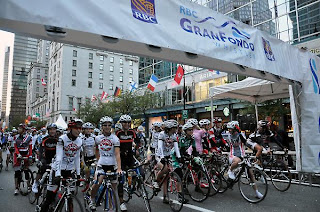 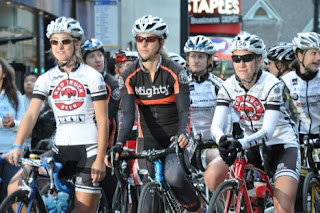 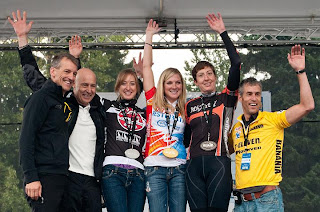 Claire on the podium with Alex Steida (Google him and
then realize Lowball taught him everything he knows...).
Posted by savage at 2:50 PM No comments:

The first BC Cup cyclocross race of the was held in Langley was co-organized by us! (yes a long time ago, Sept. 5th) And we barely even had to do anything, thanks to long-time organizer Basse joining the club last year. 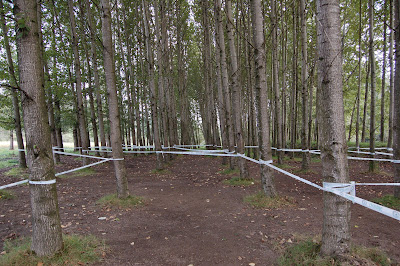 The event was put on together with Team H&R Block, and had an excellent turnout with Stacey coming in second in the elite women's field even though she crashed on the last lap.  Which is interesting because I remember her crossing the finish line right behind the first place rider.  Haley wasn't far behind finishing up 6th.

Tall Matt (aka matkinstal) also got on the podium with a third place finish in the Cat 4 men's race, also followed closely by Beard Matt (aka Meat) who finished complaining about numerous crashes and mechanicals.


Local hero Nick Berry also had an interesting race after just going too hard around a corner "vapourized" into a ditch on the side of the trail.

The rest of the results are up.
Posted by gowlin at 2:49 PM No comments:

August: A Harvest of Podiums

August was a good month for Mighty. Jenny represented us well at her first Track Nationals in Bromont, QC. She came home with a silver medal in the women's team pursuit and some excellent experience racing the top women in Canada. Before leaving for Quebec she went out to the Steveston Crit and won 6 primes and the race! To conclude a busy month, she wrapped up 3rd overall in the World Tuesday Night Championships. 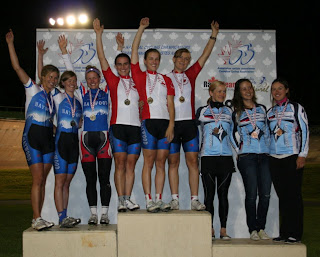 Jenny on the podium at Nationals. 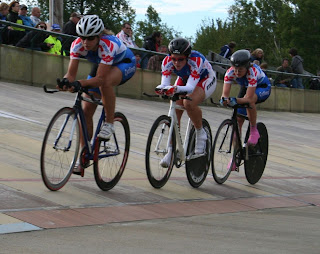 Team BC Women's Pursuit
Claire headed for a change of scenery and some racing in Alberta where she won the Alberta RR and TT champs! However, being an out-of-province rider she only brings home bragging rights and not the jerseys. The TT was part of the Jason Lapierre Speed Theory Stage Race where she finished 2nd in the Crit, 4th in the RR and won the overall GC. Back in BC, she finished second in the BC elite women's TT Champs and secured 4th overall in the WTNC series despite missing the last three races. 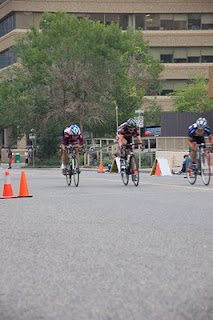 Sprinting for 2nd in the Speed Theory SR Crit. 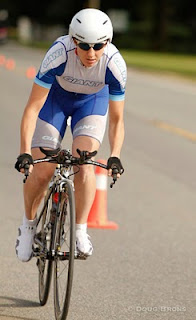 BC TT Champs
Posted by savage at 8:28 PM No comments: