First, Thursday night CX. Leaving from Mighty West Siiiiide at 6:30. Except last week, and the week before, and probably this week. But we'll do it again I swear. Discuss.


Second, the Pacific Populaire is this weekend. Leaving Riley Park at 32nd and Ontario at 9:00am. Maybe those of us that aren't racing should come out and rep the orange and black? I think seeing Bill and Connie do the ride on the tandem will be well worth the $25 that we'll have to pay to do a ride we normally do for free. Agree?
Posted by MGB at 5:33 PM 1 comment:

Two engineering students were walking across campus when one said, "Where did you get such a great bike?"

The second engineer replied, "Well, I was walking along yesterday minding my own business when a beautiful woman rode up on this bike. She threw the bike to the ground, took off all her clothes and said, "Take what you want."

Best Riding in BC 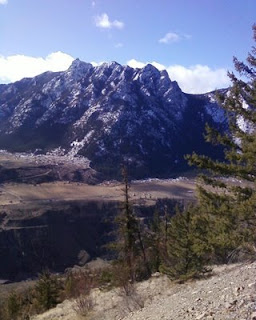 Ok, around about February/March a lot of riders get antsy for the race season and want some base miles and others just want to get out riding after a cold, dark winter. Some head to warmer climes like Tucson (a noted migration destination of the genus N.American Ciclista Professionista) where Jay and Corky went to play or Texas where Maurizio just came back from.  Others like Liisa head 'home' which for her was the beautiful riding destination of Victoria.  Cycling BC sent the kids to Palm Springs and/or Penticton.  And racing teams like Trek-Red Truck hit up Cali as well while others like EV headed to beautiful Chilliwack (ok, they definitely lose for destination choice).
I wanted something like this but with a more moderate budget so loaded up the Shaggin' Wagon and headed up to Lillooet.  This is in the general area of Lytton, both of which lie on the Fraser River about 4 hours from Vancouver.  Their biggest attraction is that they frequently record the warmest temperatures in Canada.  And the riding is epic. Several warnings:  be prepared to climb (lots) and to learn to ride in the wind.  And at this time of year, a little mud or snow which shouldn't scare away the Mighty Cross racers.
Hopefully my weak cell phone camera pics do it justice as I'm gonna head back their frequently and could always use a 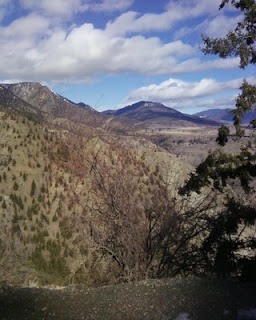 riding partner or two.  And it's some of the best damn riding in BC if not the world. 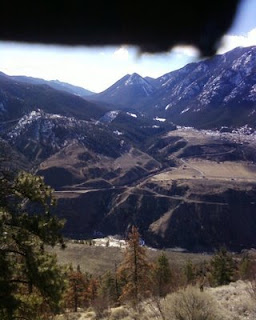 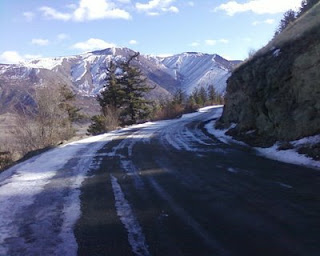 I would give my left nut for one of these. 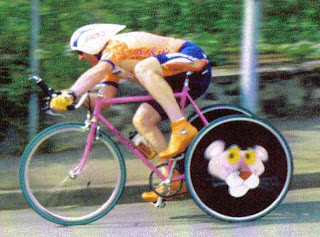 It's all that I have to look forward to.

I see the words, and I know them individually, but when I see them together, it makes no sense.

Well boys and girls, after months of hard training the little Mighty kids are all set for the first race of the season this weekend with the always exciting River Road Circuit Race.  This is part of the Escape Velocity Spring Series which makes March one of the hardest months of racing you can do.  See their website for all the wonderful details (including a Learn to Race Clinic this Saturday before all the racing begins):
www.escapevelocity.bc.ca/spring
Let's be sure to car pool for the upcoming races and this is as good a place as any to get organized and avoid the dreaded late night phone call the night before the race.  I'm out of town quite a bit, but when I am here, the Shaggin Wagon will always open it's doors to at least two racers/bikes in addition to myself.  Post in the comments section or contact me directly by email:
cleosavage@hotmail.com
This leaves those of you who have been attending the Sunday rides from Our Town Cafe and are saving your legs for cross season, bike touring, beer drinking and/or fornication the right and responsibility to keep the rides going in some form or another.  Keep in mind, not all racers will do every race every weekend.  For instance I skip anything with rain or the word 'criterium' in it.  So there should always be a few bodies out there to get a good Sunday morning ride in.  Let's keep the same meeting place, Our Town Cafe, 9am for java, 9:30 ride departure and hopefully this damn weather will change so the routes can get a little more exciting.
Posted by savage at 5:22 PM 1 comment:

What happens after you talk to the mechanic.

How to talk to a mechanic.

In 1950, General Motors condensed the sounds of car trouble into seven types:

The Rattle. A series of hard, sharp sounds in rapid succession, like a hard object being shaken around in a metal container. This noise usually indicates a loose or broken part striking against another.

The Thump. A dull sound, generally made when a soft part strikes against a hard part. An example is the noise made by a deflated tire on the road.

The Squeak. A sharp, shrill, piercing noise, generally made by two dry metal parts rubbing together. The sound may be sharp and erratic, or drawn out — a squeal. Lack of lubrication causes many squeaks.

The Grind. This is a continuous crushing sound like a part being crushed between two revolving parts. Such a sound might come from the transmission.

The Knock. This is a sharper and more distinct sound than a thump. It's generally associated with a loose rod or crankshaft bearing. (Not to be confused with the "knock" or ping of a laboring engine.)

The Scrape. A grating or harsh rubbing sound, often made by two pieces of material rubbing together. The sound of a dragging brake could be described as a scrape.

The Hiss. This is like escaping air or steam or the sound of water on a hot metal part.

The idea was to simplify conversations between mechanics and customers. "Besides telling what the noise is, the driver is expected to report where it comes from and when it happened," explained Popular Science. "With this report, the mechanic has a good start toward learning why it happened."
I like it.
Posted by mighty at 11:06 PM 1 comment: