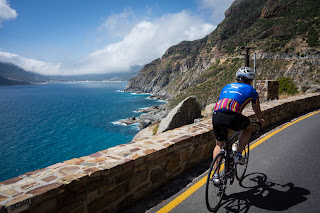 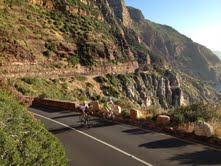 Emulating Lats' example of winter training, Mark has gone searching for some sun in the Southern Hemisphere as well.  He's racked up a thousand clicks in the last week or so riding in South Africa's 30 degree heat.   Personally I think all this warm, sunny weather training is BS and can't wait to expose them to the snow/mud/kale of a Mighty spring training camp.  Expect these fit Pirate bastards to be back towing us around on the Mighty ride soon! 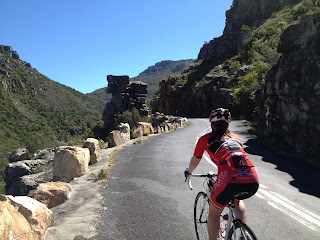 His partner Genevieve riding up Bains Kloof Pass.
Mark says this is the 'best climb of his short biking days'. 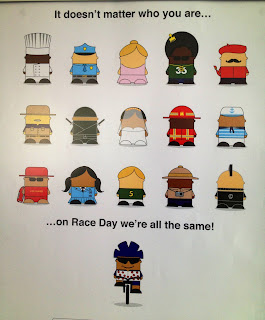 And he spotted a Mighty appropriate poster in the LBS.

Posted by savage at 2:43 PM No comments:

BC GP of CX 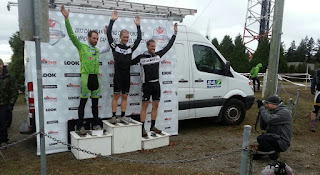 Lats is in Oz winter training and causing havoc with his Aussie Pirates.  Yesterday he was 2nd in the St.Kilda Crit and immediately spent the winnings as any good Pirate would... 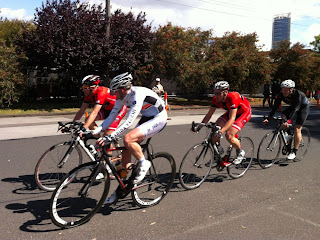 Patrolling the front with a teammate. 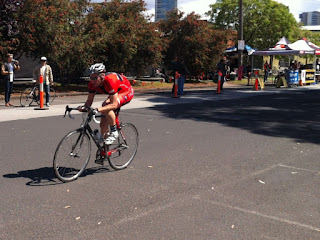 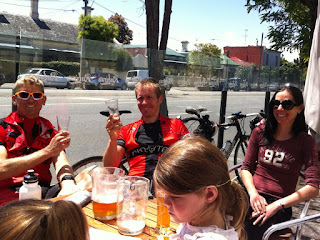 Enjoying the spoils.
Also, there is some race footage above and a write up
from his teammate.
(Note: Lats goes by 'Semi-Pro' when in the Southern Hemisphere)

Led by Semi-Pro; Concrete Pill, Crackers and Done Deal fixed bayonets and charged the trenches of C-grade.
Done Deal spent some good time at the front, testing the legs of the bunch before Semi-Pro got bored and attacked. After a few laps alone out the front, he got even more bored so he returned to the peloton.
A break snuck away, and Crackers hopped across. Despite a heart rate of 192, Crackers worked well and the breakaway stayed away for quite some time. While this was happening, Concrete Pill sat on the front of the bunch controlling the race at tempo. His tempo, that is, as the rest of the bunch appeared to be well into the red zone while ‘Pill rode on the hoods and took in the scenery.
Part-time Pirate Col Red unfortunately popped off the back while the beak was away, and despite valiantly hanging on for a few laps retired from the race. Consequently the very next lap the breakaway was caught, and the pace slowed.

Bored again, Semi-Pro attacked another 17 times, and/or drove the pace from the front.

In the final lap, all the Beach Road pirate buffoonery paid dividends. Crackers drove the train down the back straight while ‘Pill pulled through the last corner. Semi-Pro exploded off his back wheel but unfortunately could only manage 2nd, with legs deadened by spending most his time attacking and driving the pace.

Full Volume, ½ bionic and Uber Ubes supported from the sidelines with their small humans and WAGS Clare Crackers &  Kaz Concrete. This clearly contributed to the success.
Posted by savage at 10:48 PM No comments: 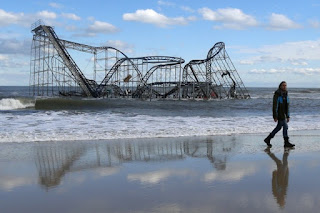 Coming soon to a beach near you:  Climate Change!
It's enough to make me lose my beans.

Updated Nov 29th.  Reuters ran a slideshow of the 'Surrealism of Sandy' highlighting the devastation we are helping to bring upon ourselves. 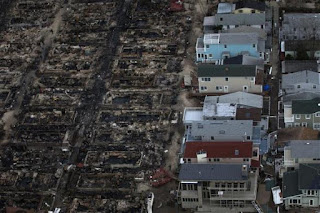 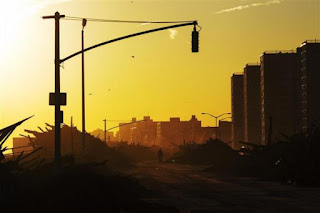 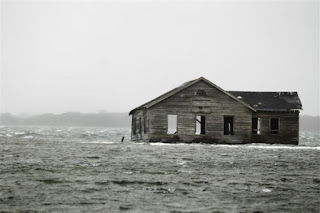 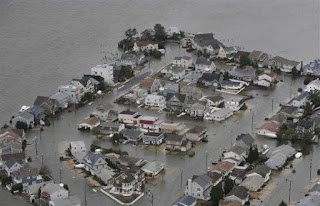 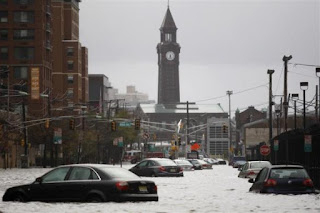 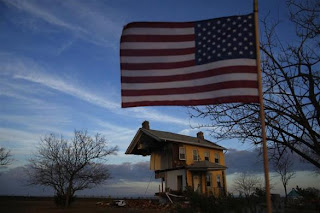 Posted by savage at 8:16 PM No comments: 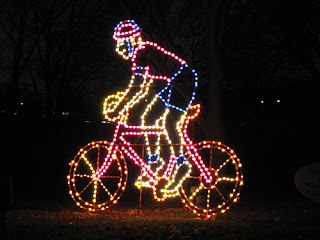 So it's that time of year when everyone starts asking and talking and getting very excited about "A Very Mighty Christmas" party plan 2012!

Plans are in the works have no fear!

But for now this is what we have for you as Ed and his elves hash out the rest of the details.... FRIDAY DEC 14th.

So save the date!

Posted by savage at 3:53 PM No comments: 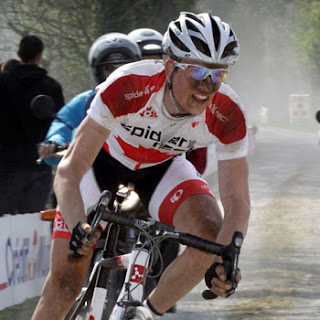 I don't normally talk about the doping side of cycling as it *tends* not to affect a bunch of beer drinking ruffians like our crew.  But one of the most humble and well respected cyclists that has ever come out of BC has written a very good article setting the record straight.

Cycling is a hard, beautiful sport and a wonderful metaphor for life.  And it will always be so - with or without a Pro Tour.  I don't forgive any of the pros who tried to dirty our passion and now say they are sorry.  But with pros like Will (and his original teammates Svein and Meier), I still have some hope for our sport.

I told Will after Edmonton when he won the National Championships jersey and I finally caught up with him to congratulate him:  it's good to see the right guy win. 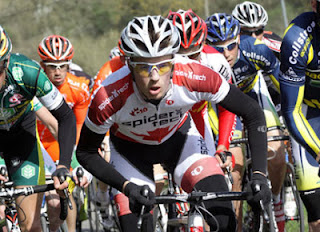 A hard man representing Canada well.
Posted by savage at 8:55 AM 1 comment: