July means Superweek and the Mighty girls came up big. Claire won the finale of the weekend, the Delta Road Race. After initiating a late race break, she out sprinted the four other girls who bridged up to her. This was a big hometown win as she grew up in Ladner and had the family out cheering her on. And the Mighty family was out to yell like the crazy kids they are as they were running support for the races over the weekend. 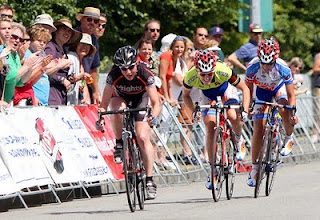 The sprint in the RR. 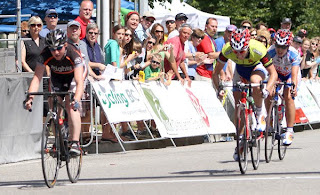 The night before they competed in the fast downtown criterium where Jenny was 8th and Claire was 9th. In the road race Jenny had a great showing for her first Superweek and finished 11th with a good pack sprint after working hard early in the race. After a challenging weekend of racing, against some of Canada's fastest women, they finished up with Claire in 5th on GC and Jenny 16th.
The other Mighty Rider out was Andrew in the Cat 3/4 criterium on Saturday. Unfortunately he had an intimate encounter with the road surface thanks to an eager rider who 'tried to put his bike in a hole that wasn't there' according to Lats. This led to a visit to the Mighty kids in the pit and he resumed racing but was a little too banged up to sprint for the win. 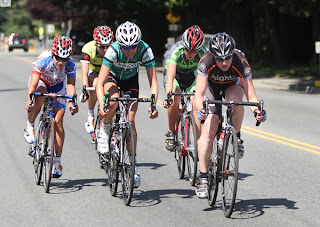 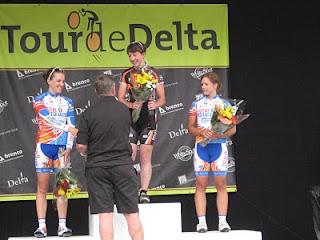 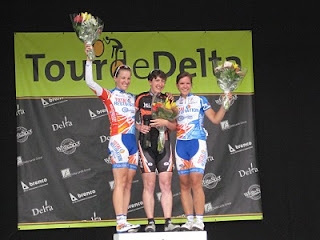 How to spray da bubbly... 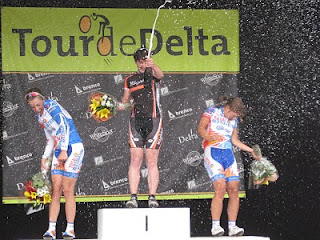 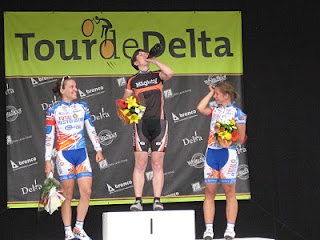 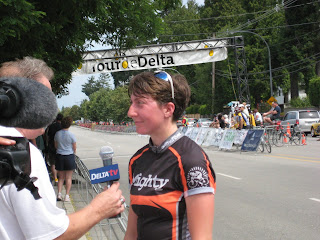 The burdens of winning - dealing with Media. 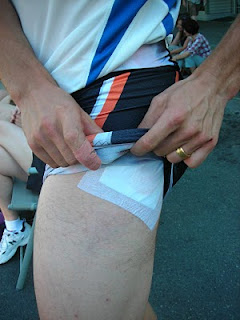 Andrew after a good post-crit 'scrubbing'. 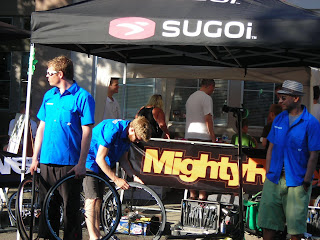 The Mighty kids looking all pro and stuff. 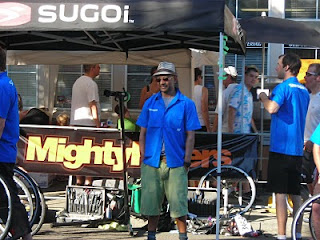 The Mighty kids celebrated their Canada Day by giving it a go in front of big downtown crowds at one of the fastest, most technical races around, the Yaletown Grand Prix. 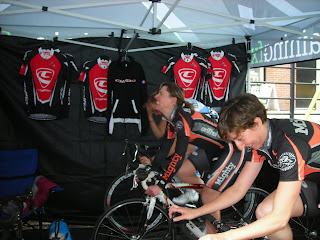 Stacey and Claire warming up and pinning numbers prior to going on to finish 10th and 14th. 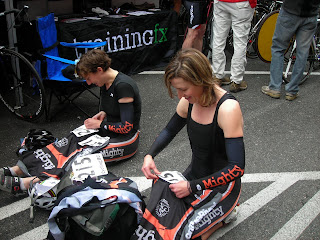 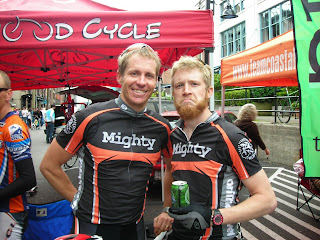 Lats and Meat discussing the fine art of avoiding crashes. Both started their beer drinking early as they were held up in the crash filled Cat 3/4 race. 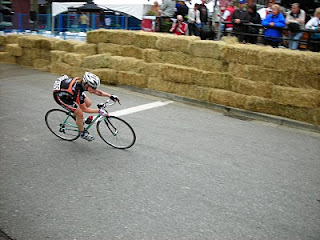 Liisa, inspired by the presence of the World Cup winning Viking, went on to finish 4th (Cat 4) in her first ever 'big money crit' as Lowball calls it.
Posted by savage at 8:19 AM 3 comments: